After the Storm: Your Homeowner’s Claim 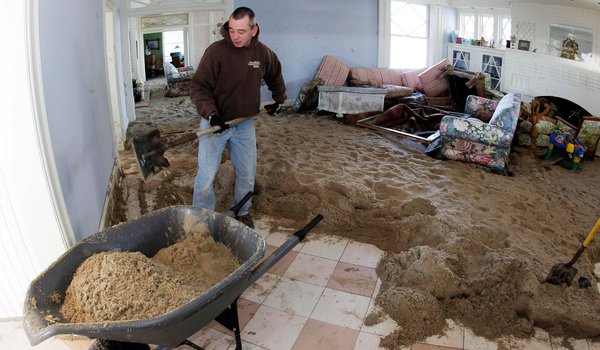 There is a sort of honeymoon period that occurs after a big storm like Hurricane Sandy, when insurance executives appear on the local news offering reassuring words. Their brightly painted vans pull into residential neighborhoods amid the standing water and debris. Everyone is hopeful. Handshakes and back-patting all around.

That period is about to end. Prices for roofers and construction materials will rise, disadvantageous parsing of policy language will commence and gangs of class-action lawyers will round up aggrieved clients who still have months of homelessness ahead of them. Many claims will take years to settle.

It happens every time, and so it will with this storm. That’s not to say that a majority of people with insurance claims won’t be satisfied with the check they receive or won’t get one quickly.

But when this many people have extensive damage to their most significant asset, billions of dollars are at stake for the companies that have the power to make them whole. So there is no reason for policyholders to be anything but wary until their own big check clears.

Many victims of Hurricane Sandy are novices when it comes to catastrophic insurance claims. So to see what sort of resistance they should expect shortly, I turned to the lawyers and adjusters-for-hire who do nothing but negotiate with insurance companies all day long. Some of them used to work for the companies, in fact.

Here are the things they warn people to watch out for:

THAT INDEPENDENT ADJUSTER. Many people with damaged homes have started to meet with representatives who assessed their damaged homes to estimate repair costs. They may have introduced themselves as “independent adjusters,” but this is a misnomer. They represent the insurance company and are not neutral.

In storms like this, large numbers of these freelance claims adjusters parachute in from out of town. In the industry, they are known as storm troopers. They work 18-hour days for a while since no insurance company has enough of its own full-time staff to deploy after a storm like this one. Often, they make enough money not to work for months afterward.

“These guys have a lot of work to do, and it’s a thankless job,” said Matthew Tennenbaum, who used to be an independent adjuster but switched sides and now works for policyholders as a “public” adjuster in Cherry Hill, N.J.

Mr. Tennenbaum worries about the storm troopers’ thoroughness. “They’re going to see 10 properties a day and they’re quickly writing estimates,” he said. “If they spend an extra three or four hours properly writing one estimate, they could have written three more and made more money.”

Though many of them are former builders or contractors, they may not, if time is of the essence, always pull up every floor, explore every inch of the attic or look behind every wall. And they may not know much about your insurance company’s policy.

“The insurance companies hand them a manual, and they may not really understand the manual,” said J. Robert Hunter, the director of insurance for the Consumer Federation of America, who has worked for insurance companies and once ran the federal flood insurance program. “It’s a crash course at that point.”

The good news here is that these are not the people who make the final call on your claim. But many policyholders assume that their word is the final word.

WIND VERSUS FLOOD. Back at headquarters, other adjusters have their eye on an exclusion that will be crucial for this storm, with its horrific storm surges but relatively mild winds: homeowner’s insurance generally does not cover floods.

Unfortunately, many people do not know this and many more have not purchased or renewed policies with the federal flood insurance program that covers up to $250,000 of flood damage. Researchers from the Wharton Risk Management and Decision Processes Center, working with colleagues at Florida State, the University of Miami and Columbia University, surveyed people in the storm’s path by telephone three days before it hit.

Among people within a block of a body of water, 46 percent had no flood insurance. In areas that had been evacuated in past storms or where the authorities advised people to leave, 58 percent did not have it. Moreover, 39 percent of all the people who thought they did have flood coverage mistakenly believed that their homeowner’s insurance covered it.

People without coverage but lots of damage from the storm surge might do one of a couple of things. A few stubborn ones will sue, arguing that if the wind drove the surge then it’s not really a flood. Judges haven’t taken kindly to this line of reasoning over the years, but that probably won’t keep people from trying again. The Federal Emergency Management Agency may also offer some assistance.

Others may try to prove that wind damage, which is generally covered, was responsible for the loss. “Let’s say the house is gone completely,” said Leslie L. Knox, a public adjuster in Toms River, N.J. “Was it blown off the foundation? How significantly was it damaged prior to the flooding event?” Often, no one can say for sure, since everyone evacuated.

If the house is not a total loss, you may look for other clues. “We’ll find upper-level structural twisting, and the insurance company will say that it’s from a flood,” said Mark Boardman, a public adjuster in Maitland, Fla. “But then we’ll find that upstairs is twisted but not the ground.”

Then, there’s the concurrent causation clause that has crept into policies in recent years. Here, insurance companies refuse to cover anything if one thing that causes damage (like wind) is insured but another (like a flood) is not and both seem to have happened at the same time. “I’m sure this will be litigated again, but we won’t know that for three or four more weeks,” said Mr. Hunter of the Consumer Federation of America.

REPLACE AND REPAIR. After most storms of this size, prices rise. There may be a shortage of building materials, for instance, or the higher-quality materials may get more expensive. After two hurricanes in Florida, contractors turned to Chinese drywall several years ago, which ended up making people sick.

Your policy may call on your insurance company to pay for materials equivalent to what you need to replace, or it may merely require similar ones. But make sure its estimates reflect the new market price, lest you end up settling for what turns out to be this storm’s Chinese drywall, whether it’s bad lumber, paint, cement or something else.

Then there are the labor costs. The adjusters that insurance companies deploy have software that’s supposed to reflect market prices. “It’s garbage in, garbage out,” said David Bierman, a former Allstate adjuster and staff lawyer who now represents consumers in Dania Beach, Fla. “You don’t know if the independent adjuster has updated his software, and prices are going to continually increase until things calm down.”

BUILDING CODES. If you live in an old house, any major repairs will have to comply with newer local building codes. Homeowner’s insurance policies may include riders known as “law and ordinance” coverage that will cover the extra cost of doing so.

But recovering the money may not always be easy. Mr. Tennenbaum said that insurance companies often make you wait to collect until you’ve already spent the money, and then they demand proof that the local code enforcement office insisted on every course of action. Even after that, there’s often trouble. “They’ll usually dispute certain items saying that they really weren’t necessary,” he said. “And then you end up having to compromise on the claim just to get it done.”

By the way, building departments in hard-hit communities are likely to be busy over the next couple of months. That won’t make it easy to get help.

PUBLIC ADJUSTERS. If you have a large claim, sorting it out and making repairs will be at least a part-time job for many more months. And if this is your first big claim, you’ll essentially be learning a new language.

Hiring an experienced, licensed public adjuster can help, but the firms usually charge you 10 percent or so of your eventual payout. That means the adjuster needs to do 10 percent better than you for it to be worth it.

Some people, however, find that after a giant chunk of wood comes through the ceiling of their bedroom during a hurricane and they can’t sleep in their own bed anymore, they’ve dealt with enough stress and want to hand the haggling over to somebody else.

That’s what happened to Scott Golden and his wife, who knew an adjuster at Goodman-Gable-Gould/Adjusters International through his son. “Even if you were competent at one point, you’re not when your house is intruded upon like that,” said Mr. Golden, who ended up with a check for over $40,000 from his insurance company after Hurricane Irene last year sent that branch through his roof in Bethesda, Md. “We thought the whole house might come down, and we didn’t want to mess around with doing this ourselves.”

A version of this article appeared in print on November 10, 2012, on page B1 of the New York edition with the headline: After the Storm: Managing Claims. 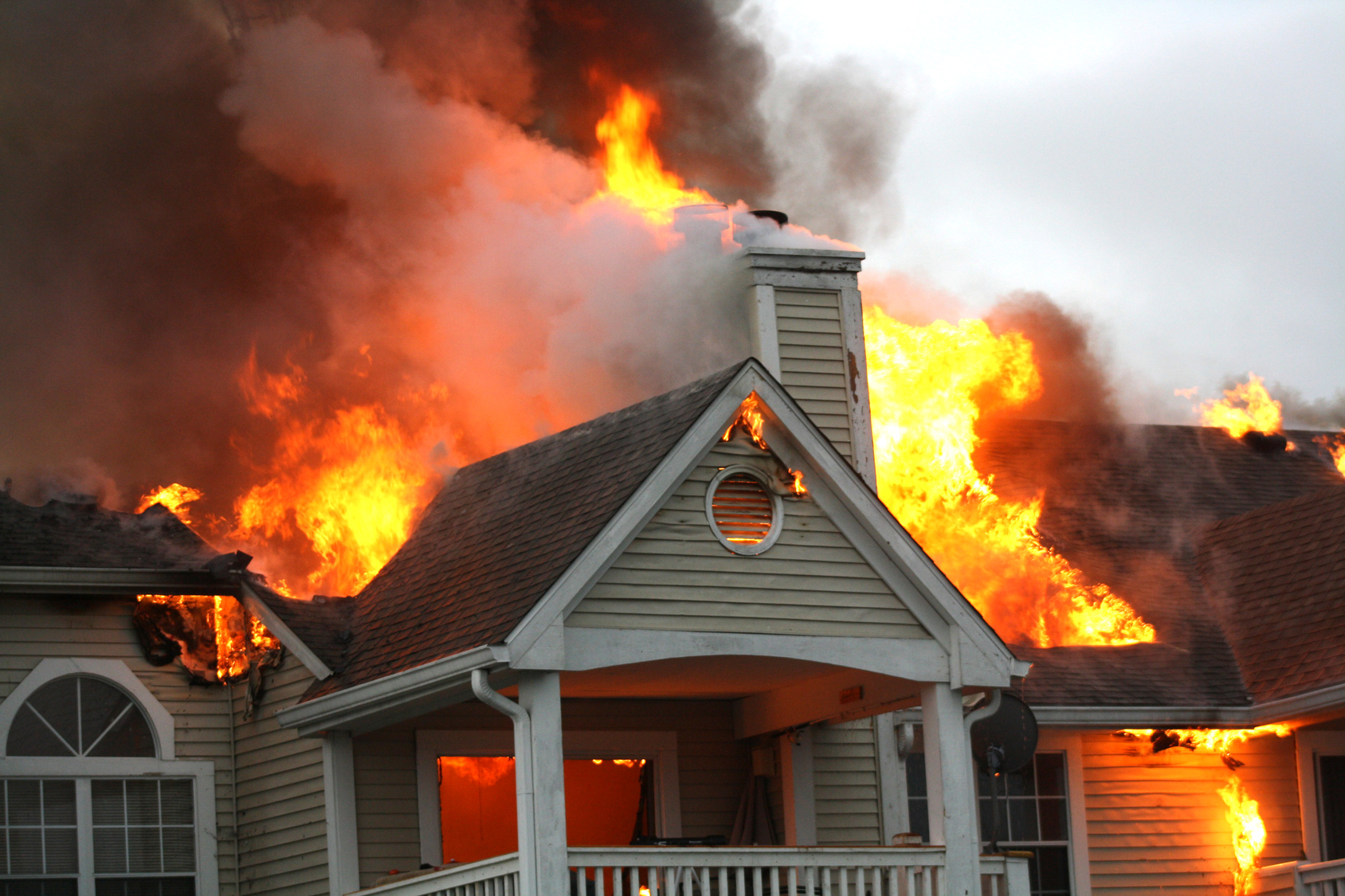 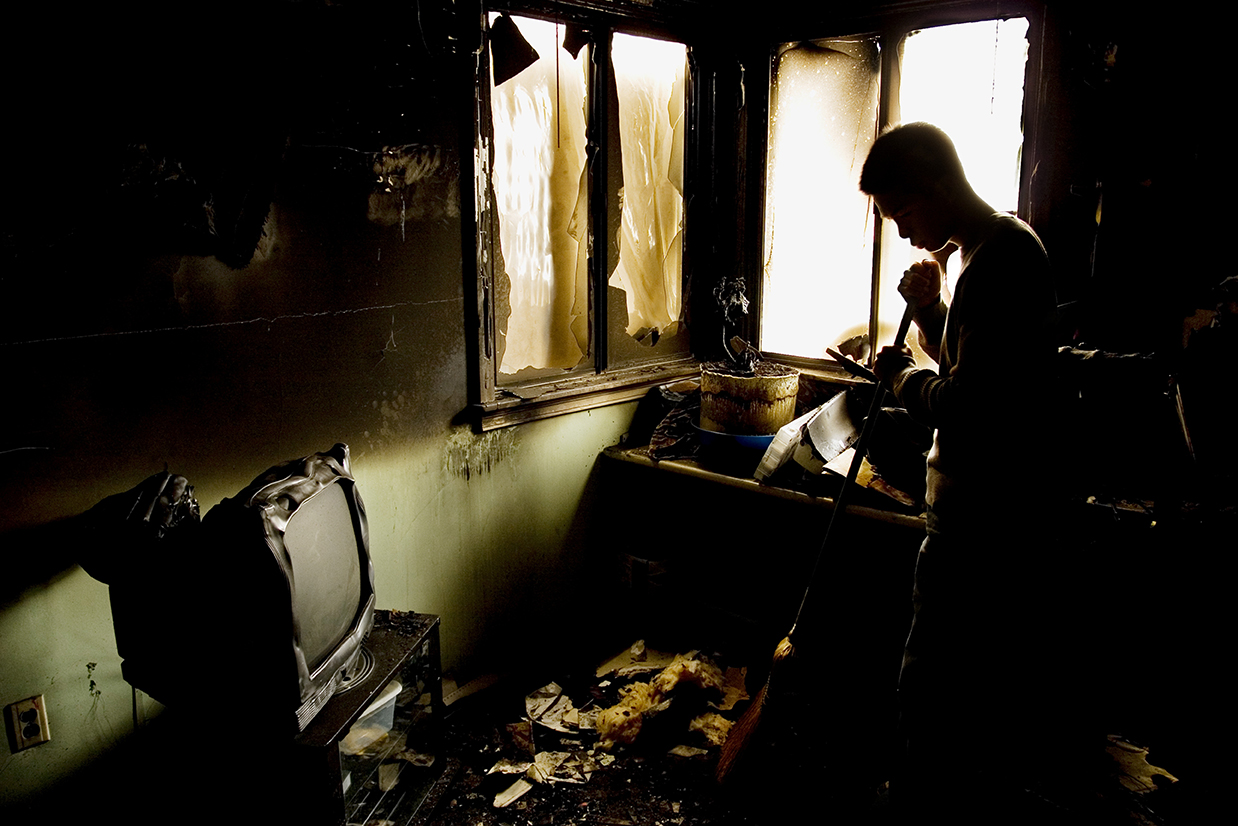 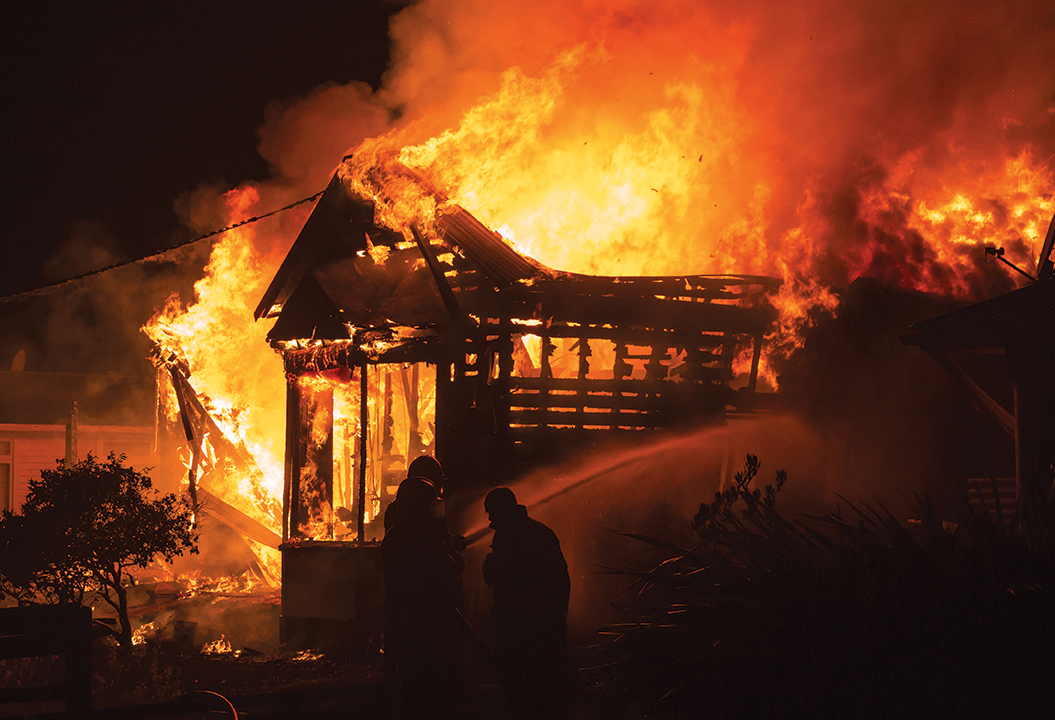